This week we welcome a guest post from Attorney Mike Mastry on beneficiary designations. He has an instructive story that illustrates why it is important to double-check them.

Mike can be reached at mike.mastry@mastrylaw.com 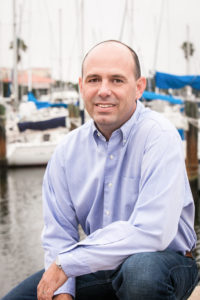 If you haven’t reviewed your beneficiary designations recently, now would be a good time to take a look. The number of horror stories of assets going to unintended people would surprise you. It’s such an easy fix that is all too often forgotten.

Recently, the Fifth Circuit Court of Appeals reversed a trial court decision and held that a pension plan administrator didn’t abuse her discretion in determining that a deceased plan participant’s stepsons weren’t considered his “children” under the terms of the plan. As a result, the deceased participant’s siblings received the payout instead of his stepsons.

Although the evidence seemed to indicate that he probably did mean to leave his benefits to the stepsons, the Fifth Circuit agreed with the administrator’s interpretation that the term “children,” meant biological or legally adopted children. The pension benefits then went to Hunter’s six siblings.

How To Avoid Holiday Spending Hangovers