Some people have a less-publicized type of spending disorder – financial anorexia. People who suffer from the eating disorder of anorexia obsess about food and the number on the scale. People who suffer from the financial disorder obsess about money and the number on their statement(s). For those suffering – and it is indeed suffering – from financial anorexia, they never believe they have enough to enjoy what they’ve got. 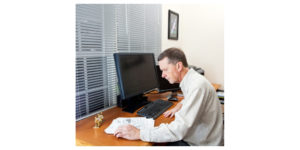 According to Ken Donaldson, LMHC, a licensed counselor in Seminole, FL, “Anorexia is characterized by a distortion of perception.” Someone suffering from the eating disorder believes they still need to lose a few extra pounds, when to everyone else it’s clear they are harming themselves. Someone suffering from the financial one believes they still need a bit more money, when it’s clear they are depriving themselves.

Our culture still worships conspicuous wealth and Twiggy-like figures. “You can’t be too rich or too thin,” sums it up.

Certainly some of these things can happen. And there are far more that can be added to the list. But when we reach the end of life and realize we worried more about what might happen than enjoying what we had, we might be in for a world of regret and hurt.

How much is too much to spend on seeing grandchildren or old friends one more time per year?

How soon is too soon to leave a stressful, unhappy job if it’s taking years off of your life?

How much is too much to spend on the trip of a lifetime you have been dreaming about for so many years?

How much is too much to spend on self-care like a massage, therapy sessions, or a manicure?

What can be done about it? Anorexia is fueled by isolation – the more the sufferer depends upon their own distorted perception, the worse their condition becomes. Ebenezer Scrooge (in the beginning of Dickens’ tale), is an isolated penny-pincher and money hoarder, the stereotype of the extreme financial anorexic.

Exposure to new information is the best weapon. According to Donaldson, “New information will disrupt the pattern.” Finding a support group, counselor, and therapy can help those with eating disorders. For financial anorexia, a visit with an understanding financial professional, who can provide concrete reassurance, often is a good first step. How did Scrooge turn around? By exposure to his past, present, and future if he continued on his course.

The psychological benefits of working with a financial professional were recently borne out in a 2017 study sponsored by the CFP Board. The study concluded, based upon a survey of over 800 consumers, that, “Working with a CFP® professional ultimately removes the negativity consumers experience relating to their finances and instead elicits feelings of confidence, optimism, ease, and security.”

Confidence, optimism, ease, and security. Those sound a lot better than distorted perceptions and irrational fear. How do you want to feel about your financial future? Leave us a comment here.

Want more information about financial psychology? Sign up for our monthly e-letter, schedule a call, or check out Chapters 1 – 3 of The Mindful Money Mentality: How To Find Balance in Your Financial Future.​

6 Holiday Spending Styles – Which One Is Yours?

Straight Talk: How I Faced the Money Taboo

To Be or Not To Be…a Halloween Scrooge