Required Minimum Distributions (RMD’s) are familiar to almost anyone with a retirement account. For your own IRA, they begin at age 70 1/2. For an IRA you’ve inherited, they begin right after your loved one’s death. Studies show more RMD’s are taken in the fourth quarter than the first nine months of the year. Rather than putting it off, try these A-B-C ways to make a Required Minimum Distribution something special.

A – Anniversary recognition. Especially if you inherited the IRA, taking the RMD on the anniversary of your loved one’s loss can be a way to remember the gift they left you. 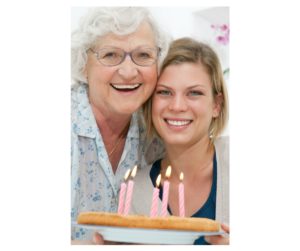 B – Birthday present for yourself. Whether it’s your own money or inherited, use at least part of the RMD during your birthday month to do or buy something special only for you.

C – Charitable donation. The new tax law means far fewer people will be itemizing deductions. To maintain the tax-favored status of your donation, sending all or part of your RMD directly to a qualified charity can be a wise move. (Most importantly, do not take the distribution to yourself first and then donate it – the donation must go directly from your account to the qualified charity.) First, contact the charity to make sure your donation will qualify. Then, some charities will help you coordinate with your IRA custodian to make sure the donation distribution meets all the rules. Using your RMD this way can be both financially and emotionally valuable – you get a deduction you otherwise would not, but you also get to see the impact of your gift now on a cause you care about.

Some people even combine two of the three ABC’s. They might give a direct charitable donation as a birthday present to themselves, or donate the RMD in memory of their loved one on their loss anniversary.

Whether you are taking them now or will in the future, be intentional about RMD’s. Rather than feeling like a last-minute task of the year, use the requirement to make some fun or meaningful memories.

What We Worry About

﻿ 6 Holiday Spending Styles – Which One is Yours?

Couples: Who Does The Money Chores?