Families and money avoidance – why do some parents struggle to talk to kids about money? 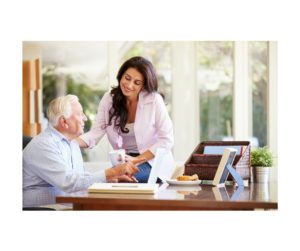 As noted by Bradley Klontz, Psy.D., CFP® and Stephen Yim, J.D., LLM, in a January 2017 article in the Journal of Financial Planning, some reasons that parents may avoid talking about money are: 1) they already have a general reluctance to talk about finances; 2) they fear that sharing their wishes and values will cause conflict; and 3) having a conversation about money has never occurred to them.

Two parents may not even communicate with each other well about money, much less their children. If money in their own families of origin was a source of stress, overcoming a reluctance to discuss it takes conscious effort and sympathetic understanding.

Parents also fear causing conflict. For example, some may cling to the notion that treating children “fairly” means treating them (financially) equally. Empathetic attorneys and financial advisors work with families who often discover that defining financially “equal” is tough, and not necessarily the most “fair,” after all.

Sometimes it just hasn’t occurred to the parents that a conversation might be one way to address a difficult issue. Those same advisors are often the ones who help parents recognize the need for starting a line of open communication.

Even when money isn’t talked about, communication about it takes place. Children, both young and adult, observe parents’ behaviors about money. They notice patterns of emotions – anger, anxiety, elation, greed, envy – when money is involved. They absorb indirect messages about a parent’s money values based upon indirect comments and direct actions. Those messages may be absorbed as the parents intended, or they may not.

Other times, a parent communicates about money better with one child than others. This can cause a case of the “operator game” when the message gets passed from sibling to sibling. By the end of the chain, the message may not resemble what the parent meant at all.

Without open communication, children are left in the position of making up their own explanations or “stories” about parents’ true wishes. Compound this with the “operator game,” and a family is ill-prepared for stressors brought about as parents age. In contrast, families who  have clearly expressed themselves may endure less stress, supporting each other better in times of crisis.

One solution suggested by Klontz and Yim is to hold a family meeting with all members and close advisors. The meeting starts with the parents explaining what led them to seek the professionals’ advice. The professionals can explain how they have structured everything to comply with the parents’ wishes. Family members can ask questions of the parents. While there may be disappointment or disagreement, or the exact conflict the parents fear, at least such grievances are aired and discussed while there is still time to resolve them. In the end, the family is allowed to hear and understand each other’s true stories, which is far better than having to make them up.

For more information on family meetings and communication, see The Mindful Money Mentality: How To Find Balance in Your Financial Future​ (Chapters 4, 5, and 8) or Klontz’ Financial Psychology Institute.

This site uses Akismet to reduce spam. Learn how your comment data is processed.